back to team main 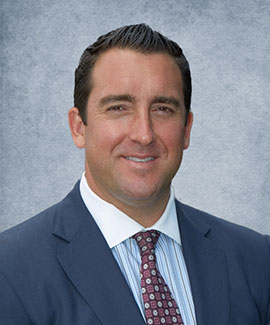 John Vorsheck is first vice president and division manager for the Western Division of Marcus & Millichap. He is based in the San Diego office and oversees the firm’s Palo Alto, San Francisco, Phoenix, Denver, Seattle, Sacramento, Portland, Oakland, Vancouver and Reno offices.

Prior to joining Marcus & Millichap, Mr. Vorsheck was a top multifamily broker at a commercial real estate brokerage where he earned numerous awards, including Investment Broker Rookie of the Year. He was also involved in the development of a start-up, full service commercial real estate firm. Mr. Vorsheck is a graduate of the University of Arizona with a Bachelor of Arts degree in communications and a minor in business administration. He was a University of Arizona football two-year varsity letter winner.